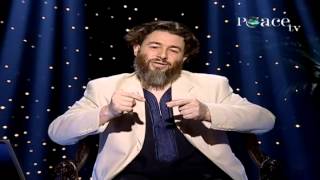 Islam Changed My Life for the Best

As I moved forward in my search, don’t think for one moment that I was waking up every morning and say “Now who am I going to meet and find today?”

… No. But the world is a place, and it was a place then, particularly then, where people would grab me every now and again and try to pull me back into the world and just let the desires explode. So “Come here, have this drink, have this, have that, it’s great”. You don’t need all that rubbish.

END_OF_DOCUMENT_TOKEN_TO_BE_REPLACED

In the first of this two-part video, Hijabi Eilu candidly shares the uplifting and at times humorous story of how she discovered Islam and became a Muslim.

A video purportedly released by the pro-Russia hacktivist group CyberBerkut shows a staged ISIS beheading being recorded in a film studio with actors and a director. According to TechWorm, the video was allegedly hacked from Senator John McCain’s laptop. They write:

We CyberBerkut received at the disposal of the file whose value can not be overstated! Dear Senator McCain! We recommend you next time in foreign travel, and especially on the territory of Ukraine, not to take confidential documents. In one of the devices of your colleagues, we found a lot of interesting things. Something we decided to put: this video should become the property of the international community!

The story was picked up by Alex Jones’ Infowars correspondent Paul Joseph Watson, who narrates the above video. In the video he says there are a few options for what the video could be, but dwells on the conspiracy that the United States is behind the rise of ISIS.

END_OF_DOCUMENT_TOKEN_TO_BE_REPLACED

Below are three popular Christian pages, please post this video(http://on.fb.me/1OnVQem) in the comments sections of the posts on these pages and leave a comment like ‘Thinking of God leads to inner peace’, ‘Jesus prayed to God like Muslims pray’, ‘What is the best way of gaining peace?’,’As Christians would you agree with this video?’, Every Christian must see this video’ etc.

It’s better to write your own personalized comment. You can also private message this video to people commenting on these pages. Remember to be polite and have the goal to start a dawah conversation.
www.facebook.com/JesusDaily
www.facebook.com/DigitalBible
www.facebook.com/ilovejesuschristpage
Bismillah let’s begin… By A. Green

Have you ever had or are you having any doubts about Islam? Don’t know what to do? This is a must watch episode for you. Enjoy and share with anyone you know who is also struggling with their Islam.

Please support our work by subscribing to our YouTube channel. We upload a new Episode every week

Message from new Muslim on the video ‘How to exit the Matrix’:

Sent it to my son who is struggling with meaning of life and loves the matrix movies. I converted 2 years ago, Alhamdulilah. My (adult) children supported my decision although they are not believers. I pray one day they,too, will exit the matrix like I did. It was the best decision I ever made. Jazaka’Allah Khair for this great video and your dawah.

Also send this as a private message to people who comment on these pages. If one person becomes Muslim through watching this video you will all the reward of everything they do in their entire life.

Meet Umair. He took his shahadah a few months ago in Brazil. He shares his transition from street life to Islam. He says that everyone on the Street has faith, we just need to reach out to them to reform and accept Islam. He says his goal is to be steadfast in Islam and to invite others to Islam by doing dawah.