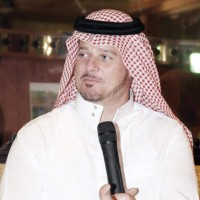 Just stayed one month in Saudi Arabia, where he was treated well in an atmosphere of religion, an American businessman who is also a pilot, Richard Patterson, converted to Islam.

Richard, who is now named Abdulaziz, has a company that provides services to help critical care and has a wealth of $ 50 million, and two private planes and two helicopters, which are used for special medical flight.

Richard arrived in the Kingdom of Saudi Arabia in fulfilling a contract with the Saudi Arabian Red Crescent Societies, to train students in providing emergency relief in the air.

During his stay in Saudi Arabia three people from the Ministry of Islamic Affairs, Endowments, Da’wah and Guidance invites Richard out for dinner. All three Saudis are also members working in the project “Guide Me to Islam” (Lead I Towards Islam), talking with Richard about Islam and the essence of true Islam.

“I came to Saudi Arabia for the affairs of commercial transactions. I was so happy to make the best decisions of my life to God, to declare myself to Islam,” said Richard aka Abdulaziz, during the ceremony of conversion to Islam.

He praised the Saudi clothing and described it as comfortable and beautiful clothes.

When Abdulaziz in his country (America), he always used to hearing negative things about Islam through media channels, which aims menjelekan image of Islam.

“Just read about Islam is not enough to understand Islam. Meeting with these people represent and reflect the true spirit,” said Abdulaziz.

He considers himself lucky to find Islam through Muslim friends who accompanied him and discovered in Arabia that Islam is the religion of truth and tolerance.

“Muslims and Saudis kind, humble and open to others,” said Abdulaziz, adding that he felt they were like his own family, and never felt diasingi or mistreatment of them.

For Abdulaziz, the most interesting part of Saudi society is that they are a religious people, who help others to know the religion as part of their everyday lives.

“I wish I could bring all my friends to Saudi Arabia so he could experience what I find and change their view of Islam,” he said again.

Abdulaziz called on fellow Muslims so that employers can invite other foreign businessmen who converted to Islam.

Abdulaziz criticized the attitude of Muslim businessmen who are not serious business associates invite their foreign, to enter the noble religion of Islam. “We can provide books about Islam to the delegates during the business meeting to help clarify the true image of Islam today to someone else,” said Abdulaziz.

A teacher who became translators Abdulaziz, Esam Abdul Razzaq said that celebrities and key figures play a bigger role in their communities to show a certain image.

“Successful people have credibility among members of their community, because they are considered important. Therefore, when they choose to embrace Islam, would trigger the curiosity of others, who want to know more about this religion,” said Abdul Razzaq more. (Arn)